The rules of effective writing vary depending upon the objectives. Academic writing is a process which has marked differences from other forms of writing. It is aimed at sharing one’s knowledge or findings in a specific domain. To perfect it one must follow certain ground rules.

Every piece of writing has a target audience. An author needs to be aware of the target audience and condition their writing based on this awareness. Unlike creative writing, in academic writing the audience is usually limited. The author writes for his professors or peers in the assumption that the reader will be familiar with the information.

Academic writing differs from other forms of writing in that it sticks to a formal tone and sophisticated vocabulary.

The following examples provided by The University of Melbourne illustrate this point well:

Technical terms are to be expected and contractions shunned. Don’t, can’t and wouldn’t must be replaced with do not, cannot and would not.

Informal or colloquial usages are avoided. Terms such as knock-off, bamboozle, buzz off and the like find no place in academic writing unless, of course, your academic work is on colloquialisms and slang. Avoid a conversational tone of the sort usually used in creative writing and adopt a third person narrative.

The primary aim of academic writing is the dissemination of knowledge. An academic writer does not intend to entertain, instead they seek to enlighten. In keeping with this, use a method of writing that is impartial and analytical.

If I was to be asked about the feasibility of a universal basic income then I would definitely say that it was a realistic measure worth pursuing.

In academic writing, it is preferable to phrase it as: A universal basic income is something that would be worth pursuing. This takes out the subjectivity from the sentence.

In this example, you will also notice that the personal pronoun I has been avoided. Anything stated needs to be backed up by data or analysis and there should be no beating around the bush.

Plagiarism is a deadly sin when it comes to academic writing. There are various forms of plagiarism. At times it is unintentional or a result of carelessness.

To avoid plagiarism one must learn to meticulously acknowledge the work of others incorporated in the writing. The reader should be able to clearly distinguish between the borrowed material and the original writing of the author.

It becomes trickier when the information is sourced from the internet. If you are not using information from a primary source then make sure the acknowledgement mentions cites both sources.

This can be illustrated by this example taken from the Thompson Writing Program. Say you are quoting a passage from Plato’s Republic as described by George Sabine in his book A History of Political Thought to derive your point. Then the list of references should mention Plato, Republic as mentioned in Sabine G., A History of Political Thought rather than merely Plato, Republic as you are borrowing Sabine’s idea based on Plato’s Republic*.

Citations in your writing also allow the reader or evaluator to access the source material and verify your statements or gain more clarity.

Many a fledgling student might not know how to cite sources correctly. Style manuals govern citation styles. Your dissertation guide or professor, or your publisher or journal may suggest the citation style. In general, different disciplines tend to use one or two specific styles. American University offers this ready reckoner. 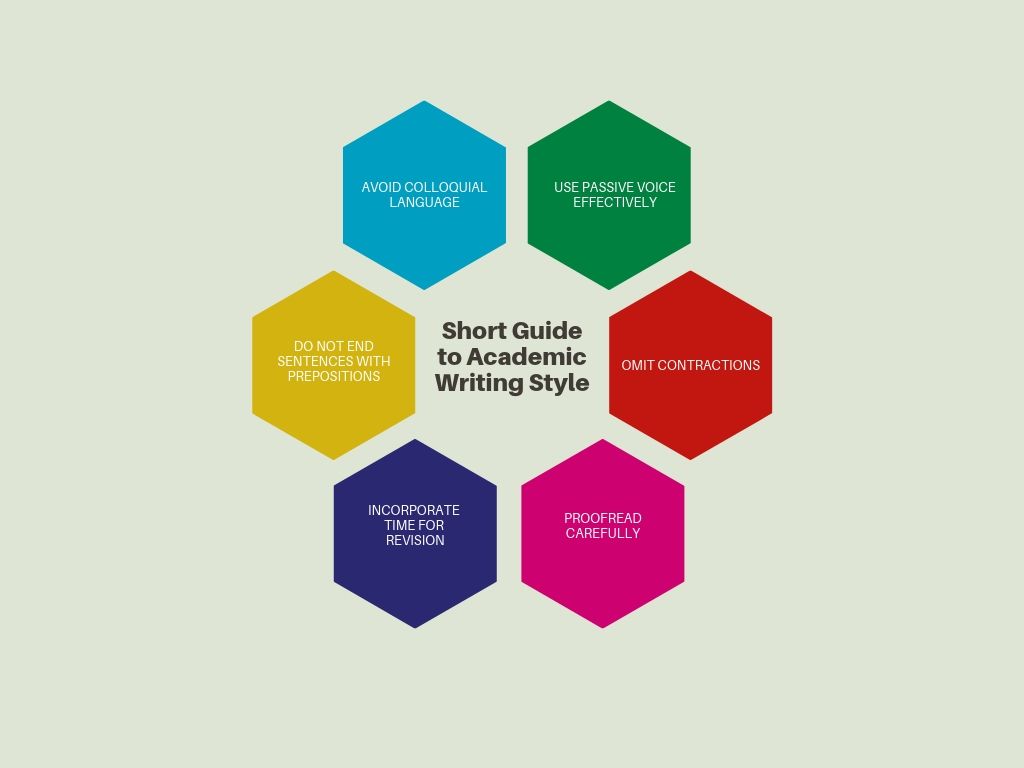 Now that we have discussed these requirements it is clear that academic writing is not just about conveying ideas. A little professional editing assistance can go a long way in helping you get your best draft and saving you time. WordsRU’s proofreading and editing services can enhance the quality of your academic work to a great extent.